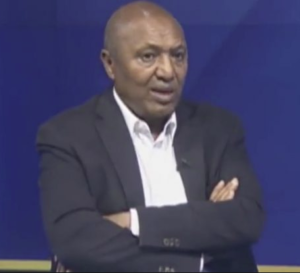 The central committee of the Amhara National Democratic Movement (ANDM) has announced that founding members of the Movement, Bereket Simon and Tadesse Kassa (Tadesse Tinkishu) have been suspended from membership of the central committee until its next meeting in September.

At the end of a two day congress, the ANDM central committee suspended the two members saying the committee has come to the conclusion that the duo do not stand for the rights of the Amhara people. The committee also said Bereket Simon and Taddesse Kassa have been found to commit illegal practices at Tiret Corporation, the development wing of the Movement, according reports by the Amhara Mass Media Agency and the Ethiopian Television.

Berket Simon was the right hand of the late dictator Meles Zenawi. Upon the death of the former Prime Minister, he has been struggling to keep his influential position both in the ANDM and in the government.

The ANDM has recently announced that it would change its name and flag to reflect current realities.

The ANDM is one of the four parties forming the ruling Ethiopian People’s Revolutionary Front (EPRDF) that is in power for 27 years.