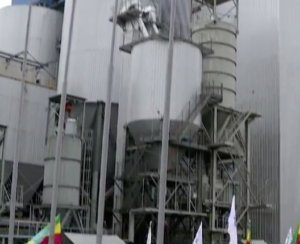 Ethiopia has built a waste-to-energy plant in Addis Ababa, the first on the continent to produce electricity from rubbish.

The facility, built at the 50 year old dump site in the outskirts of the capital, was inaugurated yesterday. It costs about 94 million dollars to erect the facility in an area locally known as “Koshe” (rubbish) in the Repi subdivision of the city.

A rubbish landslide in Koshe in March last year killed over 100 people, mostly squatters and those digging the rubbish for salvaged items.

Officials say the plant that took 4 years to build will produce 25 megawatts of electricity per day using 1,400 tons of waste.

The facility is expected to help the capital known for frequent disruptions of electricity.