The Liyou police with the Somali region in Eastern Ethiopia attacked residents of Babile and Chinaksen in East Hararghe killing at least three and displacing hundreds of people. 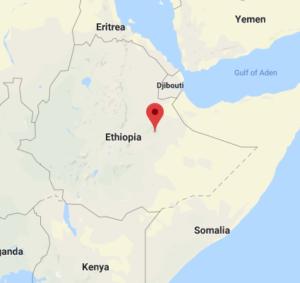 A resident who spoke to ESAT from Babile said forces of the Liyou police have set 60 houses on fire and several domestic animals were also killed in the fire.

The forces that were armed with modern weaponry have entered the predominantly Oromo areas and perpetrated the attack, according to the resident.

Administrator of the East Hararghe Zone meanwhile told the Ethiopian Television that the forces attacked 8 zones in the area killing several people in Chinaksen bordering the Somali region. Tarekegn Bulalta said one person was also killed in Babile and 365 households were displaced. There was a similar attack in Gursum, the administrator said adding that one person was killed in an area called Kumbi.

Baysa Kuma, deputy chief of security with the Oromo regional administration told Etv that the national defense forces have entered the area to bring calm and order, while perpetrators of the attack would be brought to justice.

Amnesty International issued a call last month for the government of Ethiopia to immediately disband the Liyu Police unit in the Somali region of the country.

The call by Amnesty came in response to what it said “may amount to extrajudicial executions” of at least 14 people in one weekend in June by the Liyu police.

In May the Liyu police attacked Chinaksen District, killing five farmers and burning down about 50 homes.

Attack by the Liyu police last year against the Oromos resulted in the death of hundreds and the displacement of over one million people.