Ethiopia’s Blue Party expressed wishes that it would want to merge and work together with Patriotic Ginbot 7. 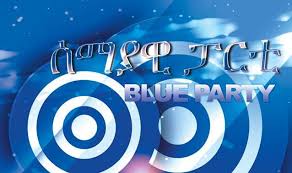 The Blue Party said in a statement that Patriotic Ginbot 7 is a multi ethnic and an all inclusive party and hence it wanted to work towards merger.

Responding to the statement by the Blue Party, Neamin Zeleke, member of the executive committee and head of political affairs with Patriotic Ginbot 7 Movement for Unity and Democracy told ESAT that PG7 has always wanted to work with parties as long as their agendas and visions were Ethiopia and citizen based politics. He said discussions were underway within the Movement as to how to move forward considering the changing political dynamics in Ethiopia.

“Ours is a Movement. We are not a political party yet. Discussions are underway within the Movement to transform PG7 to a party,” he said adding “Once we make that decision, we will thoroughly look into working with other parties that share our vision.”

The Blue Party expressed its delight that the “terrorism” label against PG7 and two other opposition groups, the Ogaden National Liberation Front (ONLF) and the Oromo Liberation Front (OLF) has been removed by the Ethiopian Parliament. It described the groups as not terrorists but fighters for the respect of human and political rights.

The Blue Party also said it supports the call by Prime Minister Abiy Ahmed to work together with the opposition and the Premier’s readiness to hear all voices and entertain opposing views.