“Political democracy in Ethiopia crucial for peace in the region,” says Eritrean diplomat

“Ethiopia is the heart of this area [East Africa]. If the heart falls ill, the entire region falls ill too.”

An Eritrean diplomat says a rule by an exclusive and ethnic group in Ethiopia has been proven to be a threat to peace and prosperity in the region and only an all inclusive political democracy is the way forward. 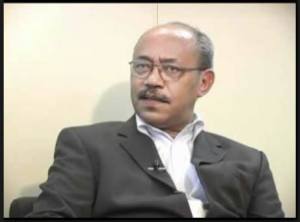 Speaking to ESAT on the phone from Japan, Eritrean Ambassador to that country, Estifanos Afewerki said the solution to Ethiopia’s political quagmire was to create a system which is open to all political groups.

“There is no legitimacy for an exclusive and ethnic administration in Ethiopia,” said Ambassador Afewerki.

The Ambassador who spoke on recent positive developments between Ethiopia and Eritrea said it was not an option that the two countries start dialogue to bring about peace, stability, normalization and prosperity.

“Integration is the way to extricate ourselves from poverty.”

Ethiopia and Eritrea have broken a wall of acrimony of 20 years when Addis Ababa announced two weeks ago that it would fully implement the Algiers agreement and the decision of a Boundary Commission, two binding commitments that came after a two year bloody war that began in May 1998 and ended in June 2000. Asmara responded saying it would send a delegation to Addis Ababa.

“We will send a delegation to Addis Ababa to gauge current developments directly and in depth as well as to chart out a plan for continuous future action,” said Eritrean President Isaias Afwerki on the commemoration of the country’s Martyr’s Day.

“We have been in 18 years of deadlock regarding the decision of the Boundary Commission. Natural negotiation and dialogue is a must to resolve the border issue. I expect the Eritrean government would send its delegation to Addis Ababa anytime soon,” Ambassador Afewerki told ESAT.

The developments in the past two weeks have ended 18 years of no war no peace situation and brings relief to the people on both sides who lost about 70,000 of their citizens in one of the world’s bloodiest trench wars.

“We are over with the war in 2000. What is left is the goodwill of both governments to engage in dialogue, normalize and bring peace,” said Ambassador Estifanos Afewerki.

“The government of Eritrea has no hidden political card,” the Ambassador said adding that “Ethiopia and Eritrea are key players in East Africa; especially Ethiopia.”

“Ethiopia is the heart of this area [East Africa]. If the heart falls ill, the entire region falls ill too.”