The effect of Ethiopia’s foreign currency crunch is beginning to show signs of an impending economic crisis that could lead to a serious socio-economic catastrophe unless an immediate fix is sought to address the issue, the Finance Minister told Parliament. 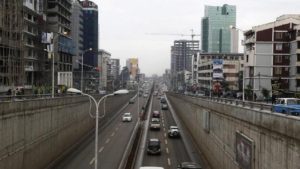 Presenting the country’s budget to the Parliament, the Minister of Finance and Economic Cooperation, Abraham Tekeste, said the foreign currency earnings from export was so low that the country may not afford to import goods and raw materials that it needs to keep the local economy in motion.

The extremely low foreign currency earning has also become a hurdle in finding foreign loans and finances that could have been helpful to keep the economy afloat, Tekeste told the Parliament.

The Minister, according to a report published by the Reporter in Addis Ababa, said the country’s budget for the next Ethiopian year that begins in September shows a deficit of about 2.2 Billion dollars. He said the government has also failed to collect taxes in the amount of over 1.8 Billion dollars.

The report, citing government documents, showed that the country’s debt from direct government loans has reached 24.75 Billion dollars. The trade imbalance has also been found to be about 13 billion dollars.

Added to the forex crunch are corruption and illicit financial flows that have been plaguing the country’s economy for years.