Another 304 political prisoners were released today and all but 15 had been charged with “terrorism” at the peak of anti government protests two years ago. Nine were sentenced to death and three are foreigners. 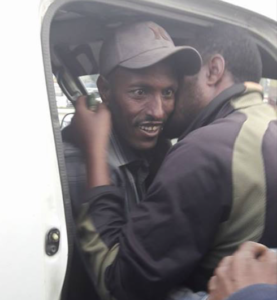 Prominent among the released were Abebe Kassie who was tortured and neutered in custody by TPLF interrogators.

A statement by the government says the political prisoners were released to “widen the political space.” It also said more would be released at a future date from prisons in various regions of the country.

Ethiopia has pardoned thousands of prisoners in the last few months, including prominent opposition political leaders, following relentless campaigns and protests against the regime as well as pressure from the international community.