Ethiopia’s new director of Information Network Security Agency said the intelligence office will be restructured in a bid to serve its purpose independent of politics and free of influence from the powers that be. 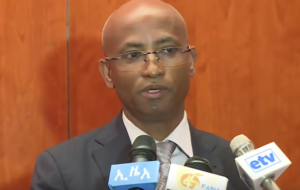 General Adem Mohammed, the country’s intelligence chief told local media that the Agency should carry out its work without interference of politics and people in political power.

Ethiopia’s spy agency has been responsible for the killing, disappearance and torture against political opposition, dissidents, critical journalists and democratic activists.

The man who was at the helm of the intelligence, Getachew Assefa, has been fired by the Prime Minister early this month. Mr. Assefa has never been seen in public but photos activists claim were his have recently emergen on Ethiopia’s social media.

The new chief, a former commander of the Air Force, has vowed to make the institution non partisan.