Ethiopia’s parliament, the House of People’s Representatives today lifted the state of emergency imposed in February. 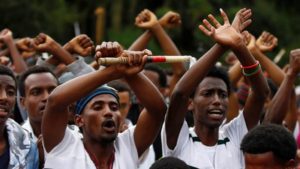 On Saturday, the cabinet of Prime Minister Abiy Ahmed sent a draft law that lifts the State of Emergency to the Parliament for approval.

Ethiopia imposed a state of emergency in February, the second martial law in two years, after a nationwide and deady anti government protest in which security forces killed hundreds of protesters and tens of thousand detained.

The just lifted state of emergency was declared on February 16, a day after the former Prime Minister, Hailemariam Desalegn abruptly resigned and way before the new Prime Minister, Abiy Ahmed, was appointed – putting into question the legitimacy of the decree.