A grenade explosion at a university in Southern Ethiopia had left twelve students injured, one of them critically. 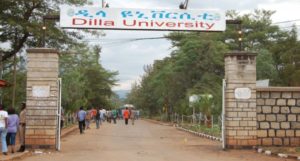 The bomb was thrown into a library in Dilla University in Southern Ethiopia. No party claimed responsibility for the grenade attack that took place in one of the politically tense universities in the country.

Ethnic clashes between the Gedeo and Guji in Southern Ethiopia has created a tense environment in the University.

The ethnic violence between the two communities has so far resulted in the death of over 200 people.

Last week, over fifty houses went up in smokes as clashes between the Guji and Gedeo communities resumed after a month long lull.

A recent assessment conducted by the UN Office for the Coordination of Humanitarian Affairs in Gedeo zone found that over 274,000 people were displaced from West Guji to Gedeo zone following the violence that erupted in mid-April.

According to the report some 84,000 people were also displaced in West Guji zone. More than 4,000 houses were reportedly burnt down or damaged in West Guji and livelihoods destroyed.