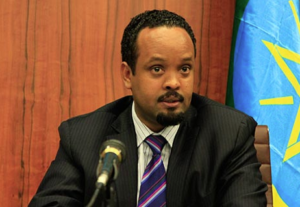 The Minister, who is also the government spokesperson, told reporters yesterday that there are groups who wish to create havoc in an attempt to impede ongoing efforts by the government of Abiy Ahmed to bring peace and do away with animosities and resentment among the public.

The Spokesperson, Ahmed Shide, said there are signs that some groups, whom he did not mention by name, could instigate violence and carry out attack during public gatherings.

Shide said government officials and public development projects could also be targeted by groups who are disgruntled by ongoing peace and reconciliation endeavors in the country.

On Saturday, a grenade attack killed two people and injured over 150 others at a rally in the capital Addis Ababa where hundreds of thousands of people gathered to show solidarity with political and economic reform initiatives by the Prime Minister.