The governor of the National Bank of Ethiopia (NBE) has given illegal loan guarantees to the Endowment Fund for the Rehabilitation of Tigray (EFFORT), a business conglomerate owned by the ruling TPLF. 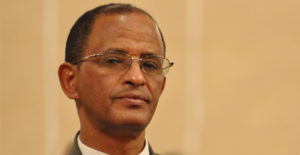 According to ESAT sources at the National Bank of Ethiopia, the Governor, Teklewold Atnafu, has given several guarantees of upto 100 % of foreign loans taken by EFFORT against his mandate and the proclamation of the NBE.

The law says loan guarantees given by commercial banks should not exceed 5% of their capital, but according to ESAT sources, the Commercial Bank of Ethiopia, on orders of Teklewold Atnafu, has given several foreign loan guarantees of upto 100% to EFFORT. Such foreign loans include 150 million DKK borrowed from Eksperten, a FinTech startup in Copenhagen that issues online loans to more than half of the country’s borrowers.

The sources said eight months ago, Atnafu, against his mandate, has given a guarantee for 100 million USD foreign loan borrowed by Almeda Textile, which is one of dozens of companies under EFFORT. The sources added that the 100 million USD loan was taken from a Chineses bank by the former CEO of EFFORT, Azeb Mesfin, who is also the widow of the late Prime Minister meles Zenawi. The sources added that Atnafu was a trusted confidante of the late Prime Minister.

Azeb Mesfin has been removed from the position of the CEO few months ago but re-appointed as a board member of the conglomerate last week by the new Prime Minister.

Ethiopia’s foreign reserve is at an all time low, only enough to cover imports for two weeks. But according to the sources, the Governors of the Bank have been cooking fake money supply statistics to show low level of inflation and a healthy macroeconomic situation.