Billions of dollars in debt, the Ethiopian government appointed a new governor and deputy governor for its National Bank. 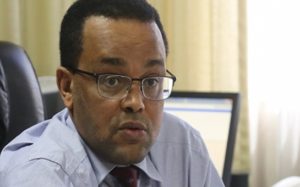 The decision by Abiy Ahmed, the Prime Minister, to fill the two positions with individuals with no direct experience with macroeconomic issues has already created mumbles in opposition among the banking and macroeconomic professional circle.

Yinager Dessie, PhD, a former Commissioner for the National Planning with education in environmental economics, has been appointed governor of the National Bank of Ethiopia, the regulatory institution for the highly indebted country with a whooping $26 Billion in foreign loans.

Bekalu Zeleke, the former president of the Commercial Bank of Ethiopia and an accountant by profession has been appointed as deputy governor of the National Bank.

Sources with knowledge of the operations of the regulatory bank say the position of the Governor requires solid Knowledge and practical experience in monetary and exchange rate policies as well as good knowledge of the financial sector.

The sources said as the current economic situation of the country is extremely alarming, individuals who are close to the Prime Minister and Ethiopian economists are urging him to reconsider his decision and encourage the Prime Minister to look into the resumes of other professionals with knowledge of macroeconomics and the country’s financial sector.

Meanwhile, Teklewold Atnafu, who was Governor of the Bank for over ten years has been appointed as economic advisor to the Prime Minister. The former governor has been accused of providing illegal loan guarantees to the Endowment Fund for the Rehabilitation of Tigray (EFFORT), a business conglomerate owned by the ruling TPLF.

According to ESAT sources at the National Bank of Ethiopia, the Governor, Teklewold Atnafu, has given several guarantees of upto 100 % of foreign loans taken by EFFORT against his mandate and the proclamation of the NBE.

The sources also reveal that the new governor, Yinager Dessie, is also accused of publishing rosy economic figures and allegedly forced the Central Statistics Agency not to reveal the correct inflation figures of the country while he was the Commissioner of National Planning.

His deputy, Bekalu Zeleke, is also accused of providing questionable loans to people in higher offices and connections with the TPLF higher ups. The accusers say Mr. Zeleke, as president of the Commercial Bank, has provided loans to major projects like the Sugar Corporation, without the proper feasibility study. The Sugar Corporation, which was once headed by one of TPLF strong man Abay Tsehaye, has squandered about 3 billion dollars without completing a single project. Abay Tsehaye was the head of the Sugar Corporation while at the same time chairing the board of the Commercial Bank.

ESAT sources say appointing individuals accused of corruption would undoubtedly send shockwaves to international monetary institutions like the IMF and World Bank, two of the most financiers of the Ethiopian government.

Ethiopia is suffering from a serious foreign currency crunch, forcing the government to open its telecom, airlines and shipping for partial privatization.