Ethiopia: Andy Tsege says PM puts his job on the line for his release 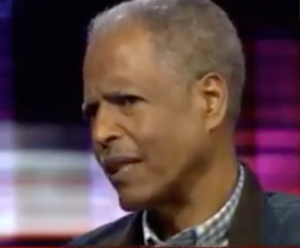 A high profile Ethiopian political prisoner recently released after four years in jail said the country’s Prime Minister told him that he had threatened to resign from his post if the ruling party would not release him.

The death row prisoner, Andargachew (Andy) Tsege, told the BBC’s Hardtalk Zeinab Badawi that he was surprised the Prime Minister, Abiy Ahmed, raised the stakes high for his release.

“He said to the ruling party that either he would resign or i would be released,” Andy said, “those were exactly his words.”

The leader of an opposition group, Patriotic Ginbot 7, Mr. Tesge, a Briton by citizenship, was kidnapped at the Yemeni airport in June 2014 while he was in transit. His capture and rendition to the Ethiopian security is widely believed to have come after a huge sum of money was paid in bribes to the Yemeni intelligence. In a handful of interviews he gave since his release on May 29, 2018, Mr. Tesge said he believed the Yemeni’s were paid big lump sum for his kidnap.

He said on that fateful day on June 23, 2014, he was handcuffed, duct taped over his eyes and mouth; and a bag was placed over his head. He was then put in a chartered plane to Addis Ababa where he was thrown into a dark room in a big villa. He spent a year in that room before they transferred him to Kality, a notorious jail outside Addis Ababa.

His arrest drew international condemnations, campaigns and back door diplomatic negotiations until his release.

Tsege said he talked to the Prime Minister for almost an hour and half before his departure to London. Their talks covered a wide range of issues that he did not wish to reveal the details, he said in several of his interviews. But he told the BBC’s hardtalk that Abiy Ahmed had actually wanted him to stay in the country and talk to other political groups. “He demanded in fact that I shouldn’t be going back to England. He was not happy.”

Mr. Tesge, however, didn’t hide that he was concerned for his safety despite the good will of the Premier. “The assurance he [the PM] gave was personal. The good will of the PM is one thing, but you don’t know what the persons within the security forces would do to you.”

“There are people in the ruling party who hate my guts.”

Asked if he would go back to Ethiopia to continue in politics and be part of building the country, the father of three said he would, provided the situation in the country is favorable. He also said his party, which is banned by the regime in Ethiopia, will renounce armed struggle if there is a civil and peaceful way to engage in politics in Ethiopia.

“That has been my dream. Not only me but those in Ginbot 7. They would love to do that provided the condition in Ethiopia is conducive.”