Towns in the Somali region of Eastern Ethiopia continued protest against the regional administration led by Abdi Illey, as his forces, the Liyou Police hung and killed a woman in Kebri Dahar. 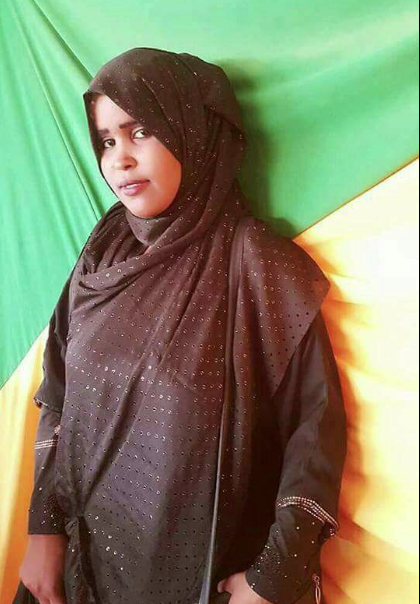 Taysir Mohammed was an activist and a representative of Women in Kabri Dahar. His uncle is one of the hundred elders who were sent to the capital Addis Ababa to file complaints to federal authorities about the maladministration of Mr. Illey.

Sources said that Mr. Illey has warned that the elders who went to Addis Ababa should come back or families would face a retaliation. The sources say the killing could be a retaliation by Illey’s forces against her activism and the involvement of her uncle in the politics of the region.

Meanwhile protests have continued in Kabri Dahar, Dire Dawa, Adigala, Bekie, Erer and other towns against the administration of Illey, the regional president accused of corruption, nepotism and ties to corrupt army generals engaged in contraband trade. Protesters are calling Mr. Illey to step down.

Students of the health College in the regional capital Jijiga have also joined the protest today, but were quickly dispersed by the police force that entered their campus.

In Shinille town, where the protest began two weeks ago, police went house to house beating those who took part in protests.