Residents living near a gold mine in Southern Ethiopia took to the streets for the second day in protest against the extension of a contract for MIDROC mining company for another ten years. 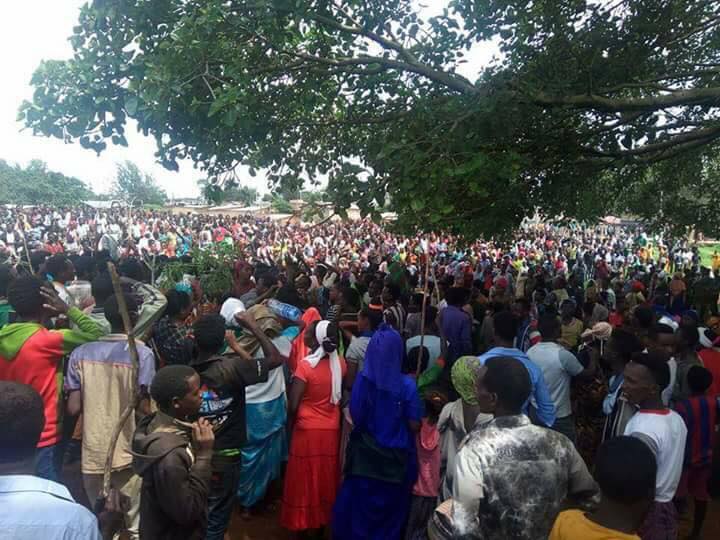 The residents say the dangerous chemicals released from the mining project, which has been going on for twenty years, has resulted in birth defects, blindness and various ailments.

The residents also say MIDROC gold mine did not benefit the impoverished community in its 20 years of operation. The mining has been stopped for a year at the peak of protests in that region but authorities have renewed contracts despite objections by the locals who said the project has not kept promises of providing basic services like building schools and health facilities.

“Say no to MIDROC gold exploitation,” reads some of the placards carried by the demonstrators.

The residents from East and West Guji zone in the gold mining area have closed roads in protest and public transportations in the area have reportedly been disrupted.

MIDROC, a company owned by an Ethiopian born Saudi tycoon,
Mohammed Al-Amoudi. He is one of the businessmen thrown into jail in Saudi Arabia as part of the Kingdom’s crackdown against corruption.

The Sheik, who is favored by the regime in Ethiopia, also owns large swath of agricultural land and appropriated public enterprises in questionable deals