A request by Prime Minister Abiy Ahmed to address Ethiopians in North America at their annual sports festival has been declined by the organizing body. 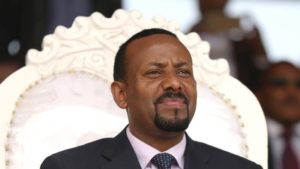 The request made by the Prime Minister to the Ethiopian Sports Federation in North America (ESFNA) through the Ethiopian Embassy in Washington, DC has been a hot topic of debate in the community, some in support of a positive response to the Premier’s request while others strongly disagree.

The ESFNA, which has found itself in hot water, has come up with a press statement today saying its board of directors have voted not to accept the Premier’s request to address Ethiopians at this year’s festival in Dallas in July.

“The request was received too close to the tournament and there were too many variables introduced by the prospect of the Prime Minister’s attendance—specifically to ensure the safety of all guests and attendees,” ESFNA said in a statement.

“Most of the tournament-related particulars—including liability insurance—have already been in place, and the time constraint to rework those particulars will make it improbable if not impossible to guarantee the necessary changes would be accomplished in time.”

The ESFNA however said the Premier’s desire to address Ethiopians could be entertained at a future sports festival.