In connection with the World Press Freedom Day, which is marked today around the world, a prominent Ethiopian journalist who has been released recently from a long prison said it is impossible to imagine freedom without guaranteeing freedom of expression. 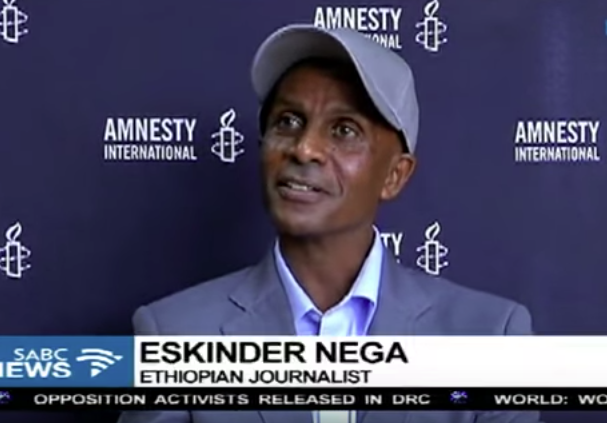 Eskinder Nega, who has been imprisoned nine times by Ethiopian authorities, was in Kenya today to attend the commemoration the day by Amnesty International.

“Without freedom of expression, freedom is just impossible. You have to be able to express yourself,” Eskinder told a south African broadcaster.

Eskinder was imprisoned for over six years and released in February. He was also detained for a week last month, the 10th time he was jailed as a journalist. He was in and out of jail on trumped up terrorism and other charges.

Thousands of political prisoners, including journalists and bloggers were released after the regime gave in to relentless protests across the country and pressure from the international community. The newly appointed Prime Minister, Abiy Ahmed, promised so much since he came to power last month but Eskindere wants to see some action.

“He [the prime minister] has given us promises. He needs to deliver on those promises. We haven’t seen anything in action up to now.” He also called on the PM to lift the state of emergency imposed recently for the second time in two years.

Annual reports by press watchdogs put Ethiopia among the leading jailer of journalists.