At least 3,000 residents of Addis Ababa have been left homeless as their houses were demolished to provide land for investors. 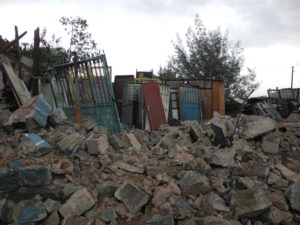 But residents of a subdivision in the capital locally known as Hanna Mariam have protested the move by authorities saying they had legally built their houses and they had the right documentation to prove it. The residents say they had lived in the area for 10 years and the city government did not raise any legal issues until an investor showed interest in their land.

Residents who spoke to ESAT say authorities did not give them alternate housing and they were just left homeless. They said their plea to the government was to no avail.

About 20,000 people have been uprooted last year and 10 people were killed as residents clashed with police in an attempt to stop the demolition of their houses.