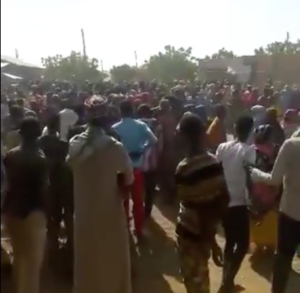 Residents of Dollo Ado town held demonstrations against the administration of Abdi Mohamud Omar, accusing him of maladministration corruption and nepotism. Liyou police used live bullets killing three and injuring seven others, according to ESAT sources.

Abdi Illey formed a new cabinet last month, filling all positions with relatives and members of his clan sparking protest by the people who called for the regional president to step down.

The killing today brings the death toll to 23 in just over a month time.

Meanwhile, two people were killed in clashes between the Gerri and Jarso clans in Tulli Gulled town.

About 150 elders from the Somali region came to the capital Addis Ababa a month ago to address their grievances to federal authorities including Prime Minister Abiy Ahmed. But their demand to speak with authorities has fallen on deaf ears.