As protest against a gold mine in Southern Ethiopia continues, security forces shot and killed two protesters today in Adola town. Three people have been taken to hospital for gunshot wounds, according to a source who spoke on the phone with ESAT from the town. 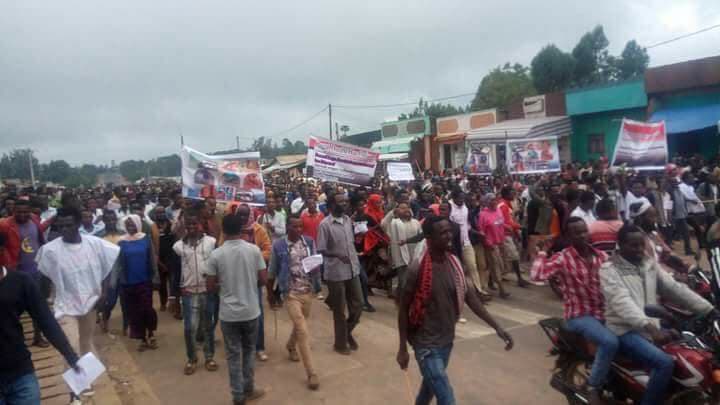 Protests in eight towns near the MIDROC Gold mine in Southern Ethiopia have been going on for over a week against government extension of a ten-year contract to the company. Locals say the chemicals dumped into rivers have affected their health. They blamed the company for birth defects and other ailments.

The source who wish to remain anonymous said protesters were also chanting anti-government slogans. Schools have been closed as students have joined protests.

The federal government was said to have pushed for the renewal of the contract while the locals have been pushing back.