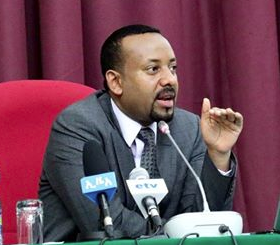 The news by the Ethiopian News Agency did not say if the Premier had mentioned the countries where the monies were allegedly stashed, but quoted Dr. Ahmed as saying that countries are cooperating in the investigations.

Ethiopia scores 35 out of 100, putting it as one of the bottom ten countries.

Transparency International says the country could have benefited from a vibrant media and civil society in order to prevent corruption.

“Illicit financial flows have pervasive effects on developing countries’ social and economic development. In many countries, the volume of financial outflows exceeds the inflows of aid and foreign direct investment due to corruption, money laundering, tax evasion and avoidance,” says Transparency International.