The Oromo Democratic Front (ODF), an Ethiopian opposition party based in the Diaspora, announced yesterday that it had begun talks with the government in Addis Ababa. Patriotic Ginbot 7 (PG7) decried talks saying political conditions in the country should be made suitable first. 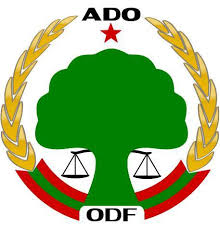 The ODF said in a statement on Sunday that its delegation had “held a fruitful discussion regarding reforms currently unfolding in Ethiopia,” and “an advance team of ODF will travel to Ethiopia soon for more substantive talks.”

Initial talks took place outside Ethiopia but the ODF statement did not say where the talks took place. It however said the discussions were held from May 11 to 12, 2018.

News of the decision by the ODF was quickly decried by a leading member of Patriotic Ginbot 7, a party that works closely with the ODF in the Diaspora. Neamin Zeleke of the PG7, speaking at a political conference in Virginia, said the regime in Addis Ababa has not made any progress in opening up the political space and that conditions were not yet suitable for any opposition to negotiate with the regime.

“There should have been no discussions prior to resolving pertinent political issues,” he said.

The ODF, PG7 and two other parties representing Afar and Southern Ethiopia regions had formed the Ethiopian National Movement (ENM) two years ago to work together to effect political change in Ethiopia. The four parties had also agreed to conduct any negotiations with the regime as a group, but not as individual parties, which was one of the reasons for PG7 and some critics disapproving the move by ODF.

Zeleke also said members of the Movement were not informed of the talks prior to ODF’s statement. “We just got an email notification from ODF this morning,” he said on Sunday.