Residents of Mizan Teferi in Southwestern Ethiopia have taken to the streets to denounce what they called the unfair distribution of resources and to demand that the youth be given access to resources to curb the growing unemployment. 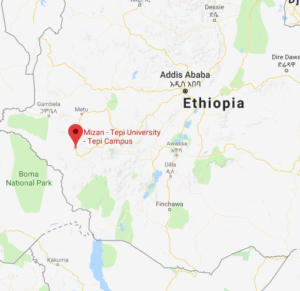 They were however met with federal and military forces whom the residents said carried out beatings and harassment.

A residents who spoke to ESAT said they have repeatedly filed their complaints to federal authorities on lack of development in the region and unfair distribution of resources, but to no avail.

He said the people in the area are not beneficiaries of the development in the area which is controlled by people with connections to the powers that be.

Students of the Mizan Tepi University have joined the protest by residents. Businesses and roads were closed today due to protests.