About 150 elders from the Somali region who came to the capital Addis Ababa have reportedly been unable to address their grievances to Prime Minister Abiy Ahmed as army generals allied with president of the Somali region used their influence to deny them access to the PM. 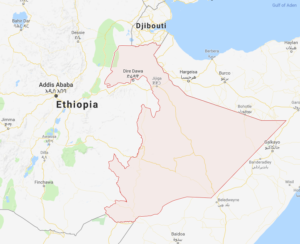 Protest against the administration of Abdi Illey has been going on for over a month now in all zones of the Somali region with protesters demanding Illey to step down, accusing him of corruption, nepotism and abuse of human rights. They also allege that Abdi Illey keeps close ties with TPLF army generals who allegedly benefit from the contraband trade in the region.

Sources say some of these TPLF generals have been harassing the elders who came to Addis Ababa in hopes getting an audience with the Prime Minister. The generals were coercing the elders to go back home, according to the sources.

The killings took place in the towns of Bussa and Lagahida in Fiik zone. Nine of the victims are women. Three members of one family were also among the victims.

So far, twenty lives have been lost in the month long protest in the Somali region of Ethiopia. Residents accused that Somali region Liyou police and militia have perpetrated the killings on orders of the regional president Abdi Illey.

Abdi Illey dissolve the regional cabinet a month ago and replaced all positions with his relatives and clan members drawing protest and condemnation all across the Somali region.

Ten days ago, a woman was hanged to death in Kabr Dahar by forces aligned with Abdi Illey. Taysiir Mohammed was an activist and a representative of Women in Kabri Dahar.

Over one thousand protesters have so far been detained in the month long protest.