Over 150 people have reportedly been detained in the Somali region of Ethiopia as protest against the regional administration intensified all across the region. 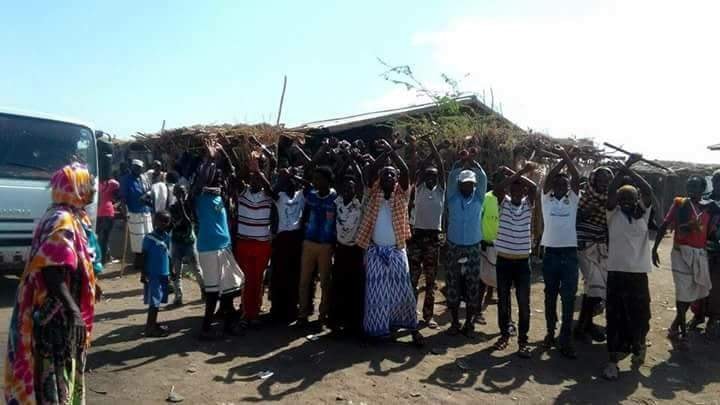 The detainees include two Sultans, who are revered in the community. Residents of the Somali region in Eastern Ethiopia have been protesting the administration of regional president Abdi Illey, accusing him of corruption and nepotism.

The arrest by the president’s security personnel in Togwachalle town followed the killing of three people yesterday. Two others were also wounded.

Reports reaching ESAT also say transportation and communication between Jijiga, the regional capital and Somaliland, the self-declared state in Somalia have been disrupted. The route between the two destinations is a major commercial line for Somaliland and Ethiopia.

Protests in the Somali region began two weeks ago when the regional president Abdi Illey dissolved his cabinet and appointed his relatives an clan members in all positions.

Meanwhile ESAT sources say about 100 elders have arrived in Addis Ababa to request the federal government to resolve the crisis in the Somali region. The elders have so far been not lucky to meet any higher official in the government.

Abdi Illey is said to have support from the federal government including army generals who have been accused of contraband trades in the region.
Illey disbanded his cabinet two weeks ago and appointed relatives and members of his clan, adding fuel to the political tinderbox in the region.