A report on the plight of the people of Konso in Southern Ethiopia says over 200 protesters were killed in the last three years by regime’s security amid protests by the people against economic and political marginalization. 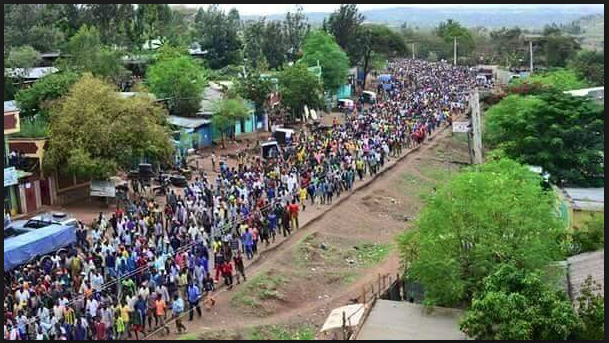 File photo of protests in Konso

A report by local organizers documenting the killings, displacement and imprisonment, which was submitted to the Ethiopian American Civic Council and obtained by ESAT shows a considerable number of people were uprooted from their villages in a revenge by authorities against the people who were simply demanding administrative justice.

The document said the people of Konso have been objecting the new administrative zoning by the regime that did not take their culture and way of life into considerations.

It said authorities are denying the people access to water, health and other services for simply opposing to the policies of the regime.

The report also said the plight of the people of Konso has still continued.

The Konso people in Southern Ethiopia have in the past three years been protesting a totalitarian regime in Addis Ababa against what they say was political economic marginalization.