Four people were killed in two incidents in the Northern Ethiopian region of Afar, according to the Afar Human Rights Organization. 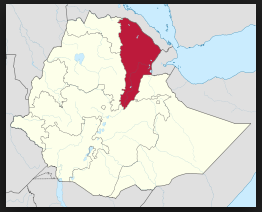 Two members of militia from neighboring Tigray region were killed in a shootout with the Afaris, according to Gaas Ahmed, chairman of the rights group. Injuries were also reported on the Afari side.

Two people were killed in Biir district, close to the Eritrean border, by soldiers of the Command Post that is tasked with implementing the state of emergency in the troubled East African country.

It was not immediately clear what caused the two incidents.

There has been tense relations between the two regions after the Tigrayan led regime incorporated six areas in Afar into Tigray.

Ahmed also said there have been several attacks by Tigrayan militia against the Afaris in the past in an attempt to take the mineral rich region of Kolneba.