Eleven more people were killed in Southern Ethiopia, as clashes continued between the Gedeo and the Guji ethnic groups. 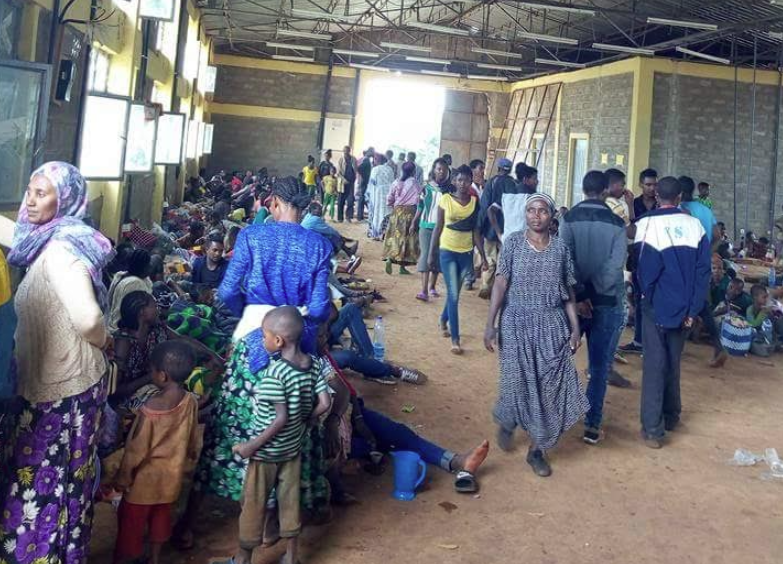 Some of the displaced in a temporary shelter

According the Gedeo Association of North America, six of the deceased from yesterday’s attack were children. The Association also said up to 100,000 people might have been displaced as a result of the attack by the Guji against the Gedeo.

The Association called for the government to stop the deadly attack perpetrated against the Gedeo who live in Guji, adding that the two communities have lived in harmony for millennia and recent conflicts should not have led to the loss of lives.

The Association also accused that federal and regional forces in the area have done nothing to stop the bloodshed.

Meanwhile, tensions remained high in Moayale, a town bordering Kenya, after three people were killed yesterday in a grenade attack at a bus terminal.

Federal forces were reportedly patrolling the town and there has been fears of retaliatory attacks.

Security officials in the Oromo regional administration yesterday blamed the Somali Liyou Police, for the grenade attacks and the continued loss of lives in the town.

Thirteen people were killed in the town on March 10, 2018 when soldiers of the Command Post, the military unit in charge of the state of emergency, opened fire on residents going about their daily lives. Over sixty others were injured in that attack and about 40,000 fled to Kenya in the aftermath of the attack.

The newly appointed Prime Minister toured the Somali region last week in a bid to mend fences between the two communities.

Attack by the Somali Liyou Police and Agazi soldiers of the regime against the Oromos in the past two years in the Somali region has resulted in the death of hundreds. The ethnic strife between the two communities has also resulted in the displacement of about 1.2 million Oromos from their villages.