Dwindling imports of wheat has resulted in scarcity of bread in the capital Addis Ababa and the price of a loaf of the staple has doubled. 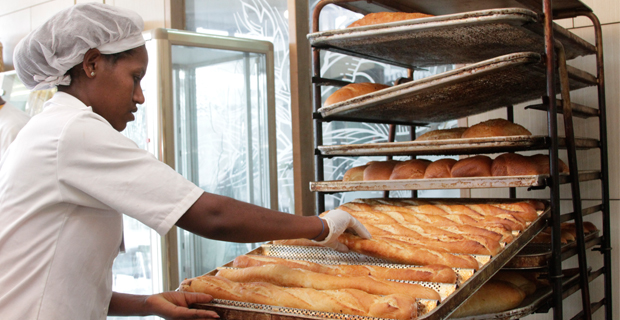 Authorities say the crisis was a result of the foreign currency crunch facing the country.

Long lines at bakeries in the capital is a regular scene and owners of the bakeries told local media that they only get half of the wheat flour in quotas. The bakeries say if the crisis continues , they would be forced to close business.

Residents of the capital approached by local reporters say they were forced to send their children to school without breakfast.

Despite ruling party’s rhetoric of agriculture led industrialization of the country, Ethiopia imports all staple foods like wheat, oil and sugar.

Plans to import 200,000 metric tons of wheat this year have failed due to foreign currency shortages sparking the bread crisis.

Rising prices of bread in neighboring Sudan led to anti-government protests in January and authorities responded with arresting opposition leaders and closed down newspapers reporting the scarcity of the staple.