Ethiopia’s new Prime Minister is expected to announce his new cabinet as he addresses the Parliament tomorrow. 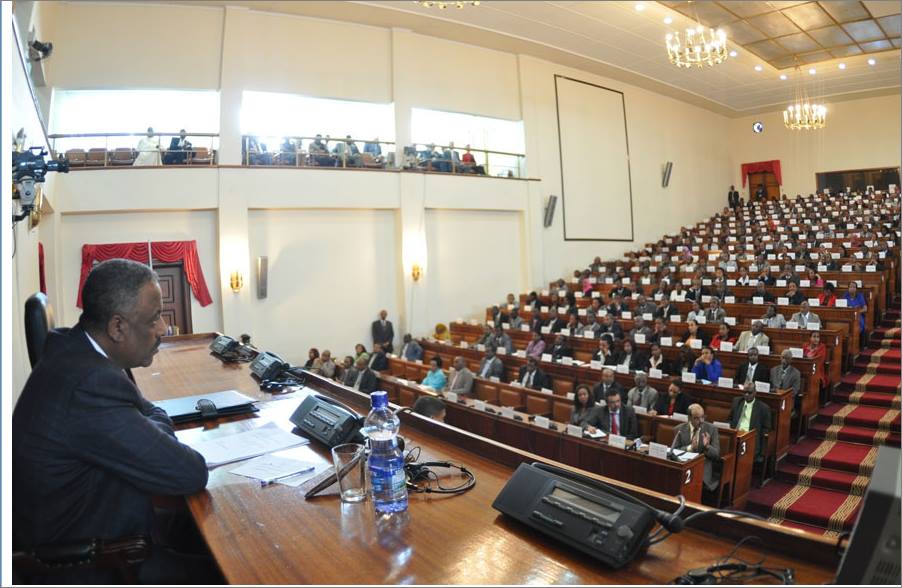 It is the second time since his appointment that Abiy Ahmed will speak before the House of People’s Representatives that also replaces its speaker, Abadula Gemeda.

Critics say the formation of a new cabinet will be a political litmus test for the Prime Minister and challenged him to nominate people from the opposition or outside the ruling party; or technocrats who are known critics of the government. But tradition shows that, based on their quotas, the four ethnic parties making the ruling coalition would send a list of names to the Prime Minister, who would then present the nominees to the Parliament, which in turn automatically rubber stamp it.

Local media close to the regime have already leaked some of the names affected by the reshuffling of the cabinet. Government spokesperson, Negreri Lenco, an Oromo, would be replaced by Meles Alem, a Tigrayan, currently the spokesperson of the Foreign Ministry.

Muferiyat Kamil, the head of EPRDF Secretariat, is expected to replace Abadula Gemeda, according to Addis Fortune, a business weekly. If appointed, she would be the first woman Speaker of the House.

Continuing his tour to the regions, the Prime Minister is expected to arrive in the historic City of Gondar on Friday.