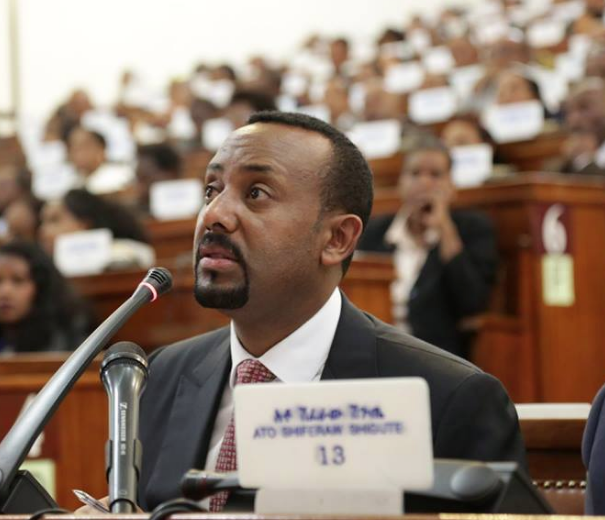 Abiy Ahmed retained six ministers of his predecesor, Hailemariam Desalegn, who resigned in February amid political turmoil in the East African country and the emergence of progressive forces with in the ruling EPRDF coalition. Led by Lemma Megersa and Abiy himself, the Oromo People’s Democratic Organization, (OPDO), one of the four ethnic parties forming the EPRDF, have pushed back against complete dominance by the Tigray People’s Liberation Front (TPLF), which still controls the military and security.

The Prime Minister has avoided the customary tradition of mentioning the ethnic background of the cabinet nominees and announced their birth places instead.

The call by activists and some in the opposition for the Prime Minister to bring on board leaders of the opposition and critics of the regime has fallen on deaf ears.

Abiy Ahmed will travel to northern Ethiopia and address gatherings in Gondar and Bahir Dar cities, where there has been strong resentment and opposition against the ruling EPRDF as witnessed in deadly protests in 2015 and 2016.

Meanwhile, sources told ESAT that only ruling party cadres were being recruited to put forward questions to the prime Minister when he meets residents in town hall meetings.

The sources said organizers do not want residents to raise contentious issues like areas in north Gondar forcefully annexed to Tigray by the TPLF.