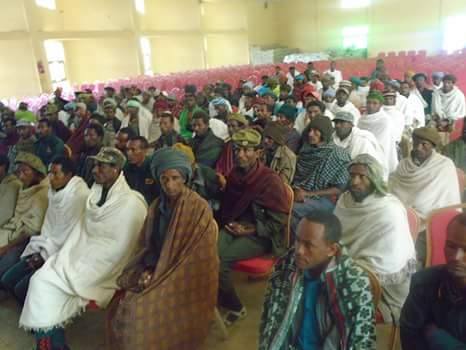 Attempt by regime security forces to disarm individuals in the last few months ended up deadly. At least ten regime soldiers were killed when people defend their right to bear arms. The mission is reportedly being carried out by the Command Post, the military body entrusted to oversee the state of emergency.

Reports reaching ESAT show that the militia had checked into training camps and were being instructed on the task of removing weapons from households in the Amhara region.

Some of the militia however challenged the authorities on the motives of disarming citizens. Some questioned why people in Tigray region were allowed to own weapons while the Amharas were being told to give up arms.

Six soldiers of the Command Post were killed in Bahir Dar last month when they had attempted to disarm a resident who returned fire with fire. He was also killed in the shoot out, although some say he committed suicide.