Tillerson announces over half a billion USD in aid for Africa, Ethiopia gets $110 million

U.S. Secretary of State, Rex Tillerson, announced today an additional aid package amounting to $533 mainly for five African countries that are faced with food insecurity and malnutrition due to ongoing conflicts and drought.

Tillerson made the announcement today in remarks at the George Mason University ahead of his trip to five African countries beginning today. 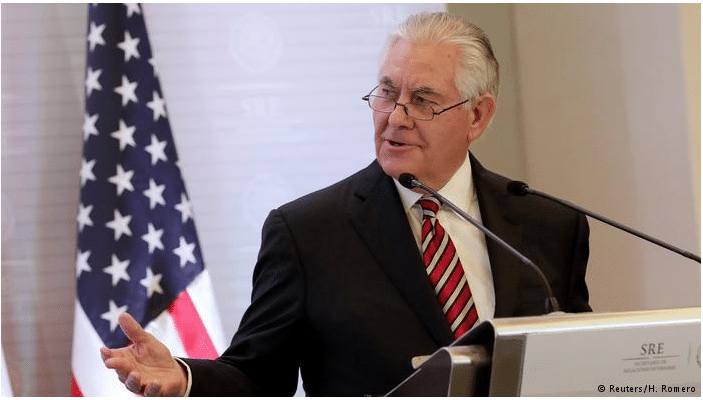 In his official visit to the continent, Tillerson will travel to Ethiopia, Kenya, Nigeria, Chad and Djibouti.

“In Ethiopia, continued drought has worsened an already dire food security situation. A swift influx of U.S. assistance, along with that of other donors, is helping improve humanitarian conditions in all of these countries. But ultimately it is up to the leaders in these countries, particularly in South Sudan, to stop the violence and put the welfare of their citizens at the forefront of their actions,” said the statement from the Department of State.

The funds will be used for providing emergency food, safe drinking water programs, emergency health care and reunification of families separated by conflict.

The U. S. has so far provided nearly $3 billion in humanitarian assistance since the beginning of fiscal year 2017, it was learnt.