The U.S. Secretary of State, Rex Tillerson will arrive in Ethiopia tomorrow as part of a five country tour in Africa.

Tillerson’s visit to Ethiopia comes at a time when the East African country is undergoing political turmoil and as a state of emergency is put in place to quell growing demand by the people for an end to a 27 year old dictatorship. His visit also comes few weeks after the country’s nominal Prime Minister, Hailemariam Desalegn, resigned as pressure mounts from the Oromo members of the ruling coalition EPRDF. 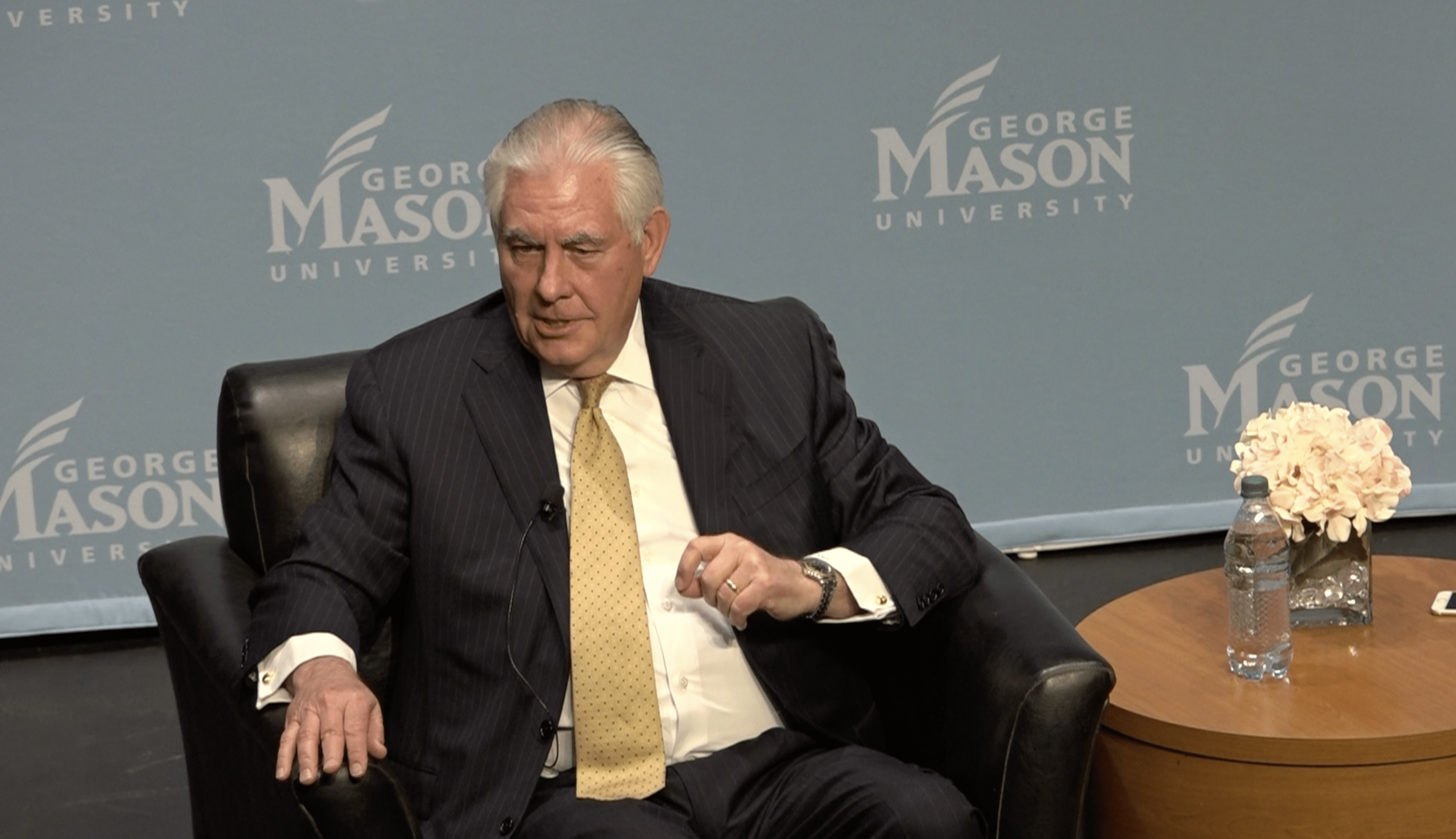 Rex Tillerson speaking at George Mason University on 03/06/18 ahead of his Africa tour. (Photo: ESAT)

In a press briefing ahead of the Secretary’s visit, Donald Yamamoto, the acting Assistant Secretary of State for African Affairs said Tillerson’s visit to Ethiopia will look into “the transition of the prime minister” and the “problems in Oromia and the Somali region.”

“The issues of land rights in the region needed to be addressed,” he said, “and also human rights,” several media outlets quoted Yamamoto as saying.

The regime in Ethiopia enjoys financial aid in humanitarian assistance as well as military cooperation. It is one of the strongest allies of the United States against the threat of Islamic fundamentalism in the Horn of Africa.

The dismal record of human rights situations in Ethiopia, a country ruled with iron fist by an ethnic minority of Tigrayan oligarchs for the last 27 years, has put the United States in a strenuous condition.

At least a dozen people have been shot and killed by security forces of the ruling TPLF, called Agazi, since last Friday when the country’s parliament ratified a state of emergency in a vote tally that fell short of the minimum required to pass such a decree.

The martial law, that gives the military absolute impunity, has faced rejection as the country’s largest ethnic groups, the Oromos are holding a three day “stay-at-home” strike, shutting down businesses and transportation.

When Secretary Tillerson lands at the Addis Ababa International Airport on Wednesday, elsewhere in the country, mothers are grieving the death of their children in a cold blooded murder by the regime’s security while perplexed communities wonder why the U.S. still maintains close relations with a dictatorship.

Hundreds were killed and tens of thousands were jailed in recent years for simply demanding basic human rights and a fair share of economic and political opportunities. Some have gone through unimaginable torture in the hands of TPLF security agents. Few lucky ones were released in the last few weeks in a what seems to be an attempt by the regime to avert a political tinderbox waiting to go afire.
(EW)