Kenya & region should prepare for implosion of Ethiopia, experts warn

The crisis in Ethiopia is catching the headlines in Kenya media and analysts in the nightly television warn of the regional consequences if the country implodes. 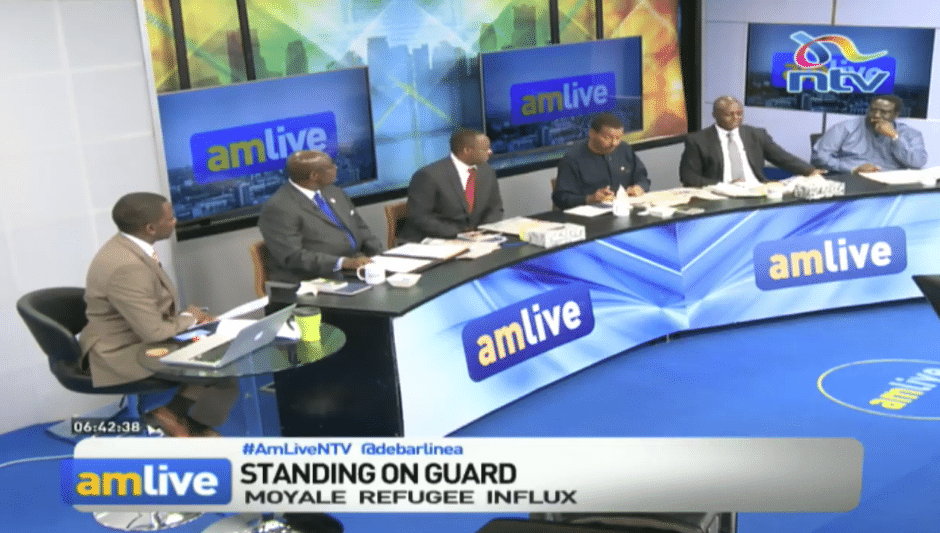 At least 40,000 Ethiopians fled to Kenya after the army killed a dozen people last Saturday in the border town of Moyale in what Ethiopian regime officials say was a result of “bad intelligence” and a “mistake.”

Irungu Houghton, executive director of the Amnesty International office in Kenya, said the state of emergency declared in Ethiopia has regional implication as it could cause further displacement of people.

“What we see now is a consequence of a prolonged democratic deficiency and autocratic management style of the EPRDF,” Houghton said on kenya’s AM Live.

“What worries me is people were shot and killed in mosques and homes, places that should have been sanctuary and safety, not places of death,” Houghton added.

“Ethiopia should be ready for an implosion. You can beat people up to some stage, when they hit back, it’ll be difficult,” Houghton said.

Other commentators that appeared on several Kenyan televisions also say the suppression in Ethiopia is coming to an end.

“The crisis is the culmination of many years of autocracy.”

The experts agreed that the African Union, the international community and the region as a whole have failed to address the issue of human rights and democracy in Ethiopia.

“The African Union, with headquarters in Addis Ababa, has been asleep for many years when people are murdered in Ethiopia. AU need to take a critical role and bring the issue to the UN and address it from a global standpoint,” Khannenje said.

On Saturday, soldiers for the ruling TPLF, called Agazi, raided the town of Moyale bordering Kenya and killed at least 13 people and wounded scores of others.

That triggered the exodus of thousands of people and their cattle that crossed into Kenya to save their lives.