Ethiopians rally in DC to denounce state of emergency back home

Ethiopians living in the DC metropolitan area have come out in huge numbers and flocked at the U.S. Department of State and Congress to denounce the state of emergency declared in their home country and urge the United States to dissociate itself from a brutal regime.

The demonstrators have also submitted a letter to the Department of State urging the U.S. to denounce the martial law. 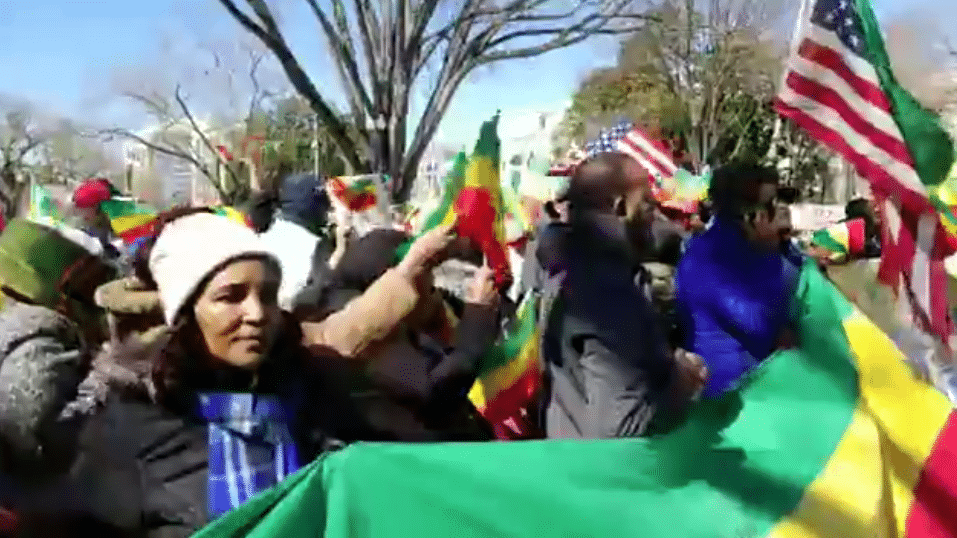 The rally was also aimed at getting the attention of U.S. Secretary of State, Rex Tillerson, who is due to arrive in Addis Ababa on Wednesday.

The demonstrators hope the State Secretary focus on the state of emergency and the plight of Ethiopians under a brutal regime during talks with regime officials in Addis Ababa.

“TPLF must go!,” “The killer must go!” the demonstrators chanted as they walk from the State Department to U.S. Congress.

They have also urged Congress to pass H. Res. 128, a resolution on respect of human rights and formation of inclusive governance in Ethiopia.

A Committee on Foreign Affairs at the U.S. Congress last month gave an ultimatum to the Ethiopian regime until February 28 to announce its willingness to allow rapporteurs of the United Nations High Commissioner for Human Rights to investigate human rights abuses in the country or face the passage of the Resolution. That deadline has apparently come to pass.
(EW)