Ethiopia: TPLF presses for dismissal of MPs opposed to state of emergency

The Tigray People’s Liberation Front (TPLF), the core of the ruling coalition, has demanded the dismissal of those Members of Parliament at the House of People’s Representatives who voted against the reimposition of a state of emergency saying they had stood against the position of the ruling EPRDF, according to ESAT sources. 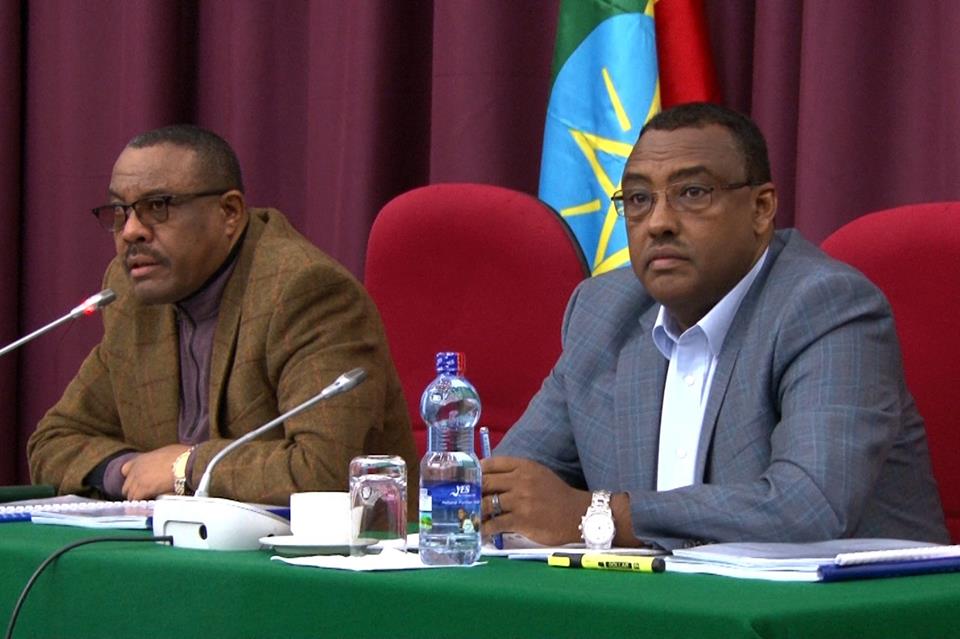 The demand by the TPLF came at the ongoing meeting of the council of the Ethiopian People’s Revolutionary Democratic Front (EPRDF) which began on Tuesday. The EPRDF is supposedly the ruling coalition in Ethiopia made up of four parties representing Tigray, Amhara, Oromo and South Ethiopia. But in reality, the TPLF, representing the minority ethnic Tigray controls political power, military and security.

Twenty-seven years of dominoation by the TPLF has now faced stiff resistance, especially by the Oromo representative in the coalition, the Oromo People’s Democratic Organization, (OPDO), spearheaded by younger breed of politicians in the persons of Lemma Megersa and Dr. Abiy Ahmed.

The TPLF members of the EPRDF council have also accused Megersa and Dr. Ahmed, who are pushing for reform within the coalition, of thirst for political power. Dr. Abiy Ahmed was widely favored in public opinion and social media discussion to take the mantle of the Prime Minister, after Hailemariam Desalegn, widely considered a placeholder and a puppet of the TPLF, announced his resignation in mid February.

Bloggers close to TPLF hinted that Demeke Mekonnen, the deputy prime minister representing the Amhara party within the coalition would replace Desalegn.

Dr. Ahmed and Megersa, according to our sources, have said at the council meeting that the EPRDF by itself cannot solve the political problems in Ethiopia and that the TPLF needed to face the reality on the ground and seek for a practical solution to the crisis Ethiopia is facing. The duo brushed aside the allegations by the TPLF oligarchs and told them that they had nothing to fear, according to credible the sources.

The TPLF representatives at the council meeting argued that the MPs representing the OPDO who voted against the state of emergency at the Parliament early this month had taken a position against the EPRDF line and hence they should leave their seats.

Early in March, the Ethiopian Parliament voted on a second state of emergency in two years in a controversial tally of votes that was altered after the count was found to be against the martial law.

The count of the votes, as was announced by the Speaker of the House, fell way short of the minimum required to pass such laws as the majority of OPDO representatives voted against it and a considerable number did not show up for the votes.

Journalists and media controlled by the regime were called by the House after the conclusion of the voting session and were told to correct their vote tally to reflect that votes in favor of the decree were higher than what the Speaker announced at the time of the voting.

Ethiopia has faced political turmoil in the past three years with the majority Oromo and Amhara demanding an end to TPLF domination of all aspects of life.

Demonstrations against TPLF in the Oromo and Amhara regions were met with the brute forces of the regime that killed over 2,000 protesters while tens of thousands were thrown to prisons.

A reimposition of the state of emergency has once again given absolute power to the military and security controlled by the TPLF to kill and maim with impunity.
(EW)