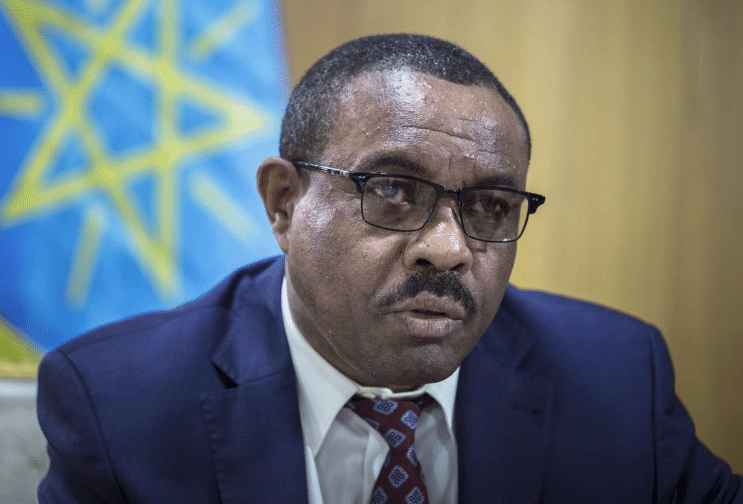 Ethiopia’s ruling coalition will meet on Sunday to elect its chairman, who will, by default, be annointed Prime Minister.

The Ethiopian People’s Revolutionary Democratic (EPRDF), made up of four parties formed along ethnic lines, is considered by critics and the opposition as a quasi coalition since it is run behind the scene by the dominant Tigray People’s Liberation Front (TPLF), the group that also controls the military and security.

The chairman of the EPRDF, according to the bylaw of the coalition, will be presented as a candidate for the Prime Minister to the Parliament. The ruling party currently controls 100% of the seats in the House of People’s Representatives.

Head of the office of the EPRDF, Shiferaw Shigute, told journalists in Addis Ababa today that the council of the ruling coalition will elect its leader at the meeting that begins on Sunday. Shigute is also one of the candidates for the Premiership as chairman of a member of the coalition, the South Ethiopian People’s Democratic Movement.

The new Prime Minister will replace, Hailemariam Desalegn, who abruptly but not surprisingly resigned on February 15, 2018, after two years of political crisis triggered by demands for better share of resources and political power by the majority Oromos, who have been holding sporadic protests and strikes to make their case.

Desalegn, according to critics, was just a placeholder after the death of TPLF strongman Meles Zenawi, who ruled the country with iron fist for 20 years.

The election of the leader of the EPRDF, who will become the Prime Minister, comes in an eventful week as U.S. Secretary of State, Rex Tillerson and his Russian counterpart, Sergei Lavrov, are visiting the region. It was not clear if the timing was just a coincidence.
In a press briefing ahead of the Secretary’s visit, Donald Yamamoto, the acting Assistant Secretary of State for African Affairs said Tillerson’s visit to Ethiopia will look into “the transition of the prime minister” and the “problems in Oromia and the Somali region.”

“The issues of land rights in the region needed to be addressed,” he said, “and also human rights,” Yamamoto said.

Observers say the coalition most will likely elect an Oromo Prime Minister in a bid to quell the anger and resentment by the Oromos, who are the majority ethnic groups.

For over two years, the Oromo and Amhara regions have been beset by protests and strikes against economic and political marginalization by the Tigray Liberation Front (TPLF), a member of the four party coalition, but in reality controls the politics, economy, military and security.

Hundreds were killed and tens of thousands imprisoned. Nearly one million Oromos have been displaced in Eastern Ethiopia.

Critics doubt if anointing a new Prime Minister would be the solution to Ethiopia’s multifaceted quandary. They say the demand by protesters for over two years has been an end to a brutal rule by an oligarchy that controls every aspect of their lives.
(EW)