The re-arrest of Eskinder Nega is inhumane and an outrageous attack on the right of free expression in Ethiopia, Pen America, a press watchdog said in a statement. 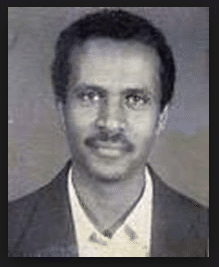 The statement by the Pen America came after authorities in Ethiopia rearrested journalists and bloggers last Sunday for what the authorities allege was holding an “unauthorized” meeting and displaying an Ethiopian flag.

The journalists and bloggers, some of whom released not a month ago were at a private get together at the residence of journalist Temesgen Desalegn, who was also arrested, when security forces detained them.

Leaders of opposition parties, including Andualem Arage were also jailed with the journalists and bloggers.

Eskinder, a 2012 Freedom to Write Award honoree, who also got several other international recognitions from press freedom watchdogs, was released in February after almost seven years of imprisonment on trumped up charges.

“The arrest of Eskinder Nega and other previously imprisoned bloggers, journalists, and activists demonstrates that despite their recent overtures toward credible reform efforts, the Ethiopian government has no intention of softening their brutal suppression of free speech,” said Karin Deutsch Karlekar, Director of Free Expression at Risk Programs at PEN America.

“For ​Eskinder, his freedom was an opportunity to immediately take back up the fight for a more democratic Ethiopia, ​despite the continued risks; it is a testament to his courage and his ​commitment to the ideals of free expression and democracy​. PEN America therefore calls for Eskinder and his colleagues to be immediately released from prison, and for the Ethiopian government to commit to upholding basic human rights,” Karlekar added.