A parliamentary inquiry team formed to investigate the killings of civilians that led to massive displacement in Moyale town early this month has been ordered not to travel to the area just before it was about to depart the capital Addis Ababa. 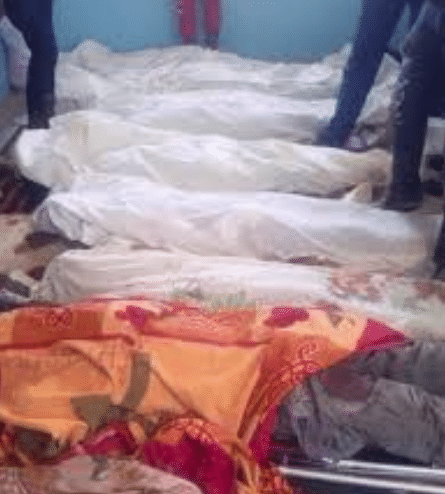 The twelve member inquiry board formed by the House of People’s Representatives was supposed to travel to Moyale, Southern Ethiopia, on March 25, 2018 and stay in the town for a week. Wazema Radio quoted a member of the inquiry group as saying that they were told by “higher ups” to scapp their mission.

The member of the inquiry board who wish to remain anonymous said they do not exactly know which specific authority has given the order.

Ethiopia is under a state of emergency with all powers given to a “Command Post” that oversees the martial law and has also been given unfettered power to decides on any matter.

On March 10, 2018, security forces went to the Southern commercial town of Moyale and indiscriminately shot and killed 13 civilians and injured scores of others. Regime’s military officials said the soldiers had “bad intelligence” that insurgents had entered the town. The statement by the regime that played down the killings of innocent citizens to a small mistake of intelligence triggered anger and condemnation by Ethiopians and the international community.

The killings sparked a mass migration of residents of the town who fled to Kenya in their tens of thousands.

Over 40,000 people crossed the border into Kenya since the massacre and authorities warn that 100 households are crossing the border each day.

The Ethiopian regime has repeatedly refused access to UN rapporteurs to investigate the killings of protesters in the last three years of anti-regime demonstrations. That refusal by the regime and other violations of human rights had led the U.S. Congress to schedule a vote of H. Res. 128, resolution on respect of human rights and inclusive governance in Ethiopia.

Congressional leaders have communicated to Ethiopian advocacy groups that the resolution is expected to be put to the House floor on either April 9th or 16th.