An official has been detained in Ethiopia for denouncing the regime and demanding justice for the killing of 13, maiming and displacement in Moyale town, in Southern Ethiopia. 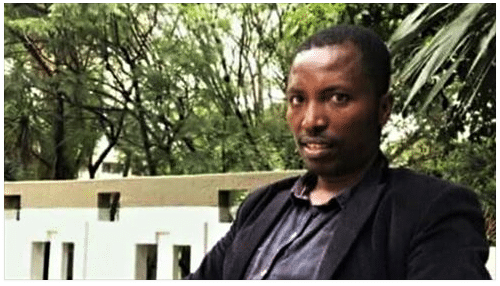 Taye Denda’a, communication head with the Oromia regional Justice Bureau is the sixth Oromo official to be detained by the regime for decrying the killings of innocent citizens by Agazi soldiers in the Oromo region. He was picked up by the regime’s military and taken to undisclosed location.

Taye spoke to media outlets last week and demanded that the soldiers who carried out the brutal killings, decision makers at the Command Post as well as higher military officials with knowledge of the botched operation be questioned and brought before a civilian court for the crimes committed against residents of Moyale, a town bordering with Kenya.

About 40,000 people have fled to Kenya following the killings last Saturday. Agazi soldiers went on a rampage and killing spree, shooting at people going about their daily lives. Dozens of people sustained gunshot wounds and the whereabouts of some 15 people remained unknown.

It began when the soldiers stopped a young man by the name Golo Waqo who was riding his motorbike. The soldiers pulled him over and just shot and killed him for no reason, according to accounts of residents who spoke to several media outlet including ESAT. The soldiers then went around the town shooting at people sitting in cafes and restaurants.

Rubbing salt in the wound, military officials at the Command Post, the office in charge of overseeing the state of emergency declared last month, said the soldiers had “erroneous intelligence” that an insurgent group was in town and the killings were a “mistake.”

Denda’a was the first official to speak out against the killings and he was imprisoned twice before, allegedly being a member of the Oromo Liberation Front that was outlawed by the autocratic regime of the Tigray People’s Liberation Front (TPLF), a member of the ruling coalition EPRDF, but in reality is the group that controls military, security and every aspect of people’s lives with stasi like system of security and intelligence.

The thousands who fled to Kenya are being taken care of by the Red Cross. Some have taken their cattle with them, making the situation difficult in providing help.

A state of emergency was declared in Ethiopia in mid February, for the second time in two years, after new round of anti-TPLF protests saw the killing of dozens of people at the hands of Agazi forces, a killing squad of the TPLF.

The last three years have seen the death of hundreds, the detention of tens of thousands and the displacement of at least 1.2 million people.

It took Danda’a 16 years to finish his undergraduate law degree, which normally takes four years, due to repeated imprisonments because of his vocal advocacy, it was learnt.
(EW)