Ethiopian opposition groups abroad demanded that the soon to be appointed Prime Minister, Dr. Abiy Ahmed, prepare the country for transition, scrapping the state of emergency and releasing all political prisoners. 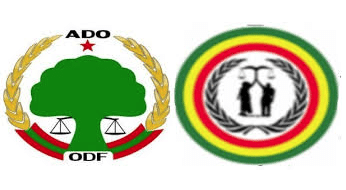 Patriotic Ginbot 7, an armed opposition group quizzed if the election of Dr. Ahmed was the usual political plot by the TPLF or if it came out of a good will by the EPRDF for a meaningful change. PG7 called for the new PM to pave the way for dialogue among all parties towards a democratic transition.

The Oromo Democratic Front (ODF) in a statement sent to ESAT also called on the new Prime Minister to “rescind the state of emergency, to revoke all laws designed to stifle the human and constitutional rights of citizens, to release all political prisoners, and to launch dialogue with all credible political organizations, both inside and outside the country.”

Dr. Ahmed “takes over a divided country, a fractured political system, a broken economy, a frayed social fabric amid a complex regional environment. The biggest challenge would be bringing about national reconciliation, ensuring justice, citizenship rights and equality for all,” the ODF statement said.

Medrek, an opposition party based in the country joined the chorus of response to the election of a new EPRDF chairman and prime minister saying the priority should be to first release all political prisoners, send the military to its barracks and call an all inclusive dialogue. It also called perpetrators of the killings of protesters to be brought to justice.