Ethiopia and a faction of the Sudanese People’s Liberation Movement led by Riek Machar opposed the proposal by the South Sudanese government earlier this week that the venue for upcoming peace talks should be moved outside Ethiopia citing ongoing political crisis in the country. 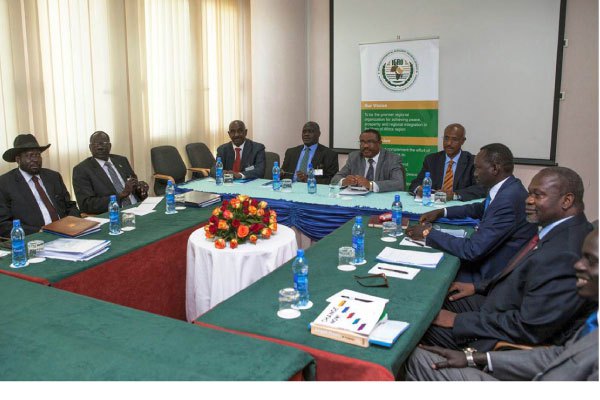 Both Ethiopia and Juba also called “fake news” reports by several Sudanese media that quoted South Sudanese officials as saying the venue should move outside Ethiopia saying security situations in the country were not conducive and also mentioning that the outgoing Prime Minister of Ethiopia, Hailemariam Desalegn, is the current chair of the Intergovernmental Authority on Development (IGAD) that is mediating the talks.

Foreign correspondents based in Addis Ababa have also reported quoting officials at Ministry of Foreign Affairs that Ethiopia had gotten a letter from the Sudanese government in Juba confirming attendance in the upcoming peace talks.

Sudan Tribune quoted Peter Oyoyo Kleto, Deputy Representative for a faction of SPLMA led by Machar in Tanzania as saying that the Juba government’s intention is to spoil the peace process.

“The claim that there is a political instability in Ethiopia cannot be a reason to change the venue,” Sudan Tribune quoted Kleto as saying.

“The talks can be hosted either by Djibouti or Kenya and Uganda, but Somalia, Sudan and South Sudan are out of question,” Leuth was quoted as saying.

Those reports are now called “fake news” by Ethiopia which said it had obtained assurances from Juba that the peace talks will proceed as scheduled over the end of this month.

Peace talks derailed in February over details of the agreement regarding security arrangements and cease fire.