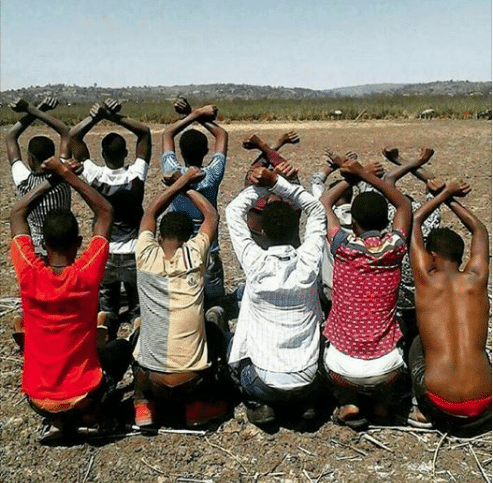 Crossed wrist over the head, sign of protest and defiance against TPLF

Five officials of the Oromo People’s Democratic Organization (OPDO) have reportedly been imprisoned by the Command Post, which has been given the power to execute the state of emergency declared on February 16, 2018.

Their arrest and detention violates their immunity as members of the regional administrative council.

The arrest of members of the OPDO, a member of the ruling EPRDF undoubtedly show the deepening division and antagonism with the Tigray People’s Revolutionary Democratic Front (TPLF), the dominant group that controls political and economic power, according to observers of the developments.

Leaders of the OPDO have been pushing for reform within the EPRDF and some see them as harboring a dissenting stance against the established TPLF domination.

U.S. Secretary of State, Rex Tillerson is in Addis Ababa as part of his five country Africa tour.