The national broadcaster said 39,825 residents of Moyale have fled to neighboring Kenya since last Saturday after the army killed at least 13 people in what the regime said was a result of “bad intelligence” and a “mistake.”

The regime had insisted earlier that only 2000 people have been displaced after the killings. The regime says the army was dispatched to Moyale to deal with insurgents. But the Mayor of Moyale, Aschalew Yohannes said there were no insurgents in the town at the time of the killings. 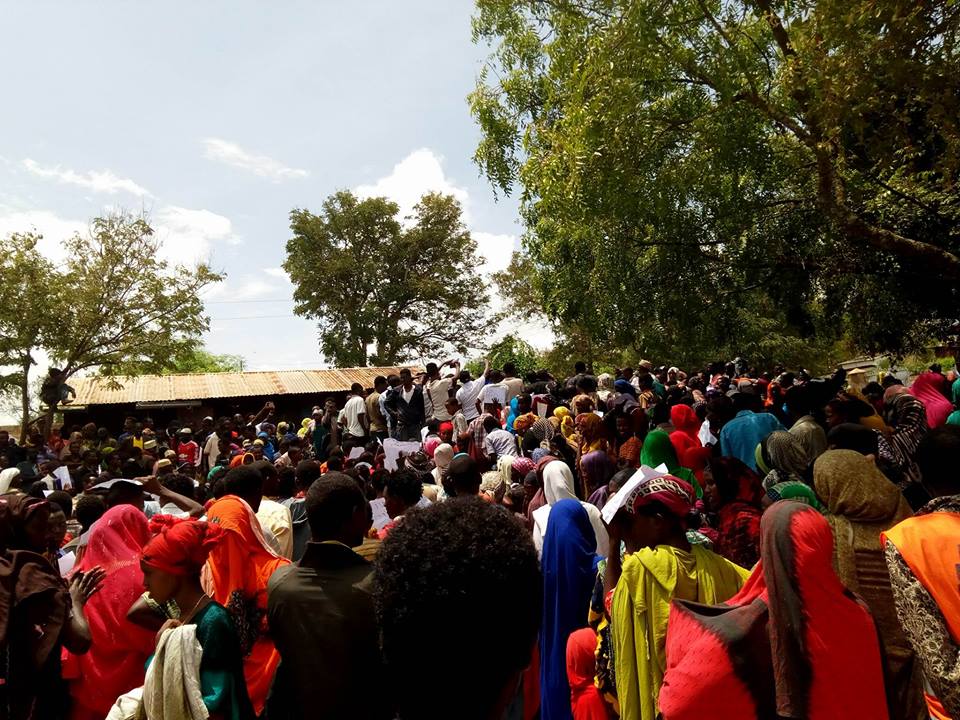 The spokesperson for the regional justice bureau told the Amharic Service of Radio Deutsche Welle yesterday that Saturday’s killing of 13 people in Moyale town, Southern Ethiopia, was premeditated. Taye Denda Denda said those who perpetrated the killings, including officials heading the Command Post and military officials should be held accountable and brought to justice.

Thirteen people were killed and 69 wounded as Agazi forces of the regime arrived in Moyale, a commercial route near the Kenyan border, and rained bullets on residents for no apparent reasons. Residents told several media outlets, including ESAT, that the soldiers shoot people who were just going about their daily lives; some sitting in cafes and restaurants, while others were just passers by.

A state of emergency was declared in mid February, for the second time in two years, after new round of anti-TPLF protests saw the killing of dozens of people at the hands of Agazi forces, a killing squad of the TPLF.

The last three years have seen the death of hundreds, the detention of tens of thousands and the displacement of at least one million people.