Latest figures from Forbes show that Mohammed Al-Amoudi’s worth dropped to 1.07 B, from 11.1B in January.

Al-Amoudi and over 200 ministers, princes and businessmen were arrested and detained at the luxurious Ritz Carlton in Riyadh in November when crown prince Mohammed bin Salman ordered the arrest as part of the Kingdom’s crackdown on corruption. 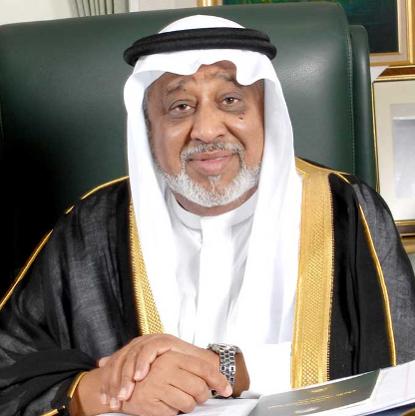 Some of the businessmen, including al-Amoudi’s cousin, Mohammed Aboud Al Amoudi, were released on a pay for freedom deal offered by the Kingdom. Among those released earlier is Prince Alwaleed bin Talal, the richest Arab in the Middle East. Alwaleed is the chairman of Kingdom Holding Company, which has investments in Twitter, Lyft, Apple and other western companies.

Al-Amoudi’s net worth was second to Alwaleed, making him the second richest Arab and one of the richest black persons. But looking at Forbes latest figures, that has changed now.

“Given the insular nature of the country and the crackdown, Saudi officials are likely to make the most headway seizing assets within their own borders. Within Mr. Amoudi’s empire, there is much to sort through,” the NY Times report says.

In Ethiopia, Al-Amoudi controls a large swath of agricultural land and is a major supplier of rice to the Kingdom. He owns gold mines and almost all resources and public enterprises have been transferred to him with help of a regime that he was considered a darling. His connection to the TPLF oligarchs ruling Ethiopia has always been questioned and seen with suspicion.

“Mr. Amoudi’s reach in Ethiopia has been so pervasive that a 2008 State Department cable, made public by WikiLeaks, said that ‘nearly every enterprise of significant monetary or strategic value privatized since 1994 has passed from the ownership of the Government of Ethiopia’ to ‘one of Al Amoudi’s companies.’ That called into question the ‘true competitiveness of the process,’” the NY Times reported quoting the Wikileaks files.

In January, The Middle East Monitor reported quoting a Saudi whistleblower Ahd Jadid (The New Era) as saying that Al-Amoudi refused to hand over his money and property. Jadid said authorities have reacted by arresting some of his relatives.

The whistleblower said he expects Al-Amoudi to back down as his family come under heightened pressure.

“After Mohammed Hussein al-Amoudi refused to give up his money and property, some of his relatives were arrested and are now all in the Ritz. Amoudi and his relatives are under great pressure,” Ahd Jadid said in his tweet.