Over 600 migrants from the Horn of Africa have reportedly been detained in a warehouse-cum-jail in Southern Yemeni city of Aden, according to a report by the Reuters. 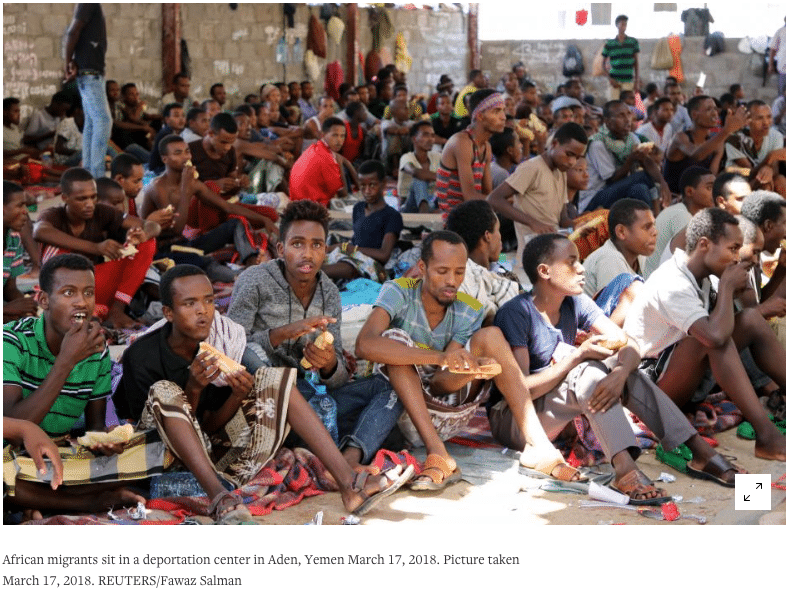 The migrants, mostly from Somalia, Djibouti and Ethiopia are faced with dwindling provisions of food and drinking water.

The report by the Reuters said authorities in Yemen have stopped provisions of food and other supplies, worsening the immigrants’ grim situation.

“I came from Djibouti to work. They used to give us small amounts of food. If there is no food, we will die,” said one migrant who declined to give his name.

“If there is no solution, they will deport us to our countries or get us out of here,” the man added.

Migrants from the Horn of Africa use Yemen as a transit route to the Gulf countries in search of jobs and better life, some running away from war and persecution.

They face assault, extortion and abuse at the hands of human traffickers in the war torn country, according to the report.