The United States on Wednesday gave a 28 day ultimatum to the Ethiopian regime to announce its consent to allow rapporteurs for the United Nations High Commissioner for Human Rights investigate human rights violations in the country. 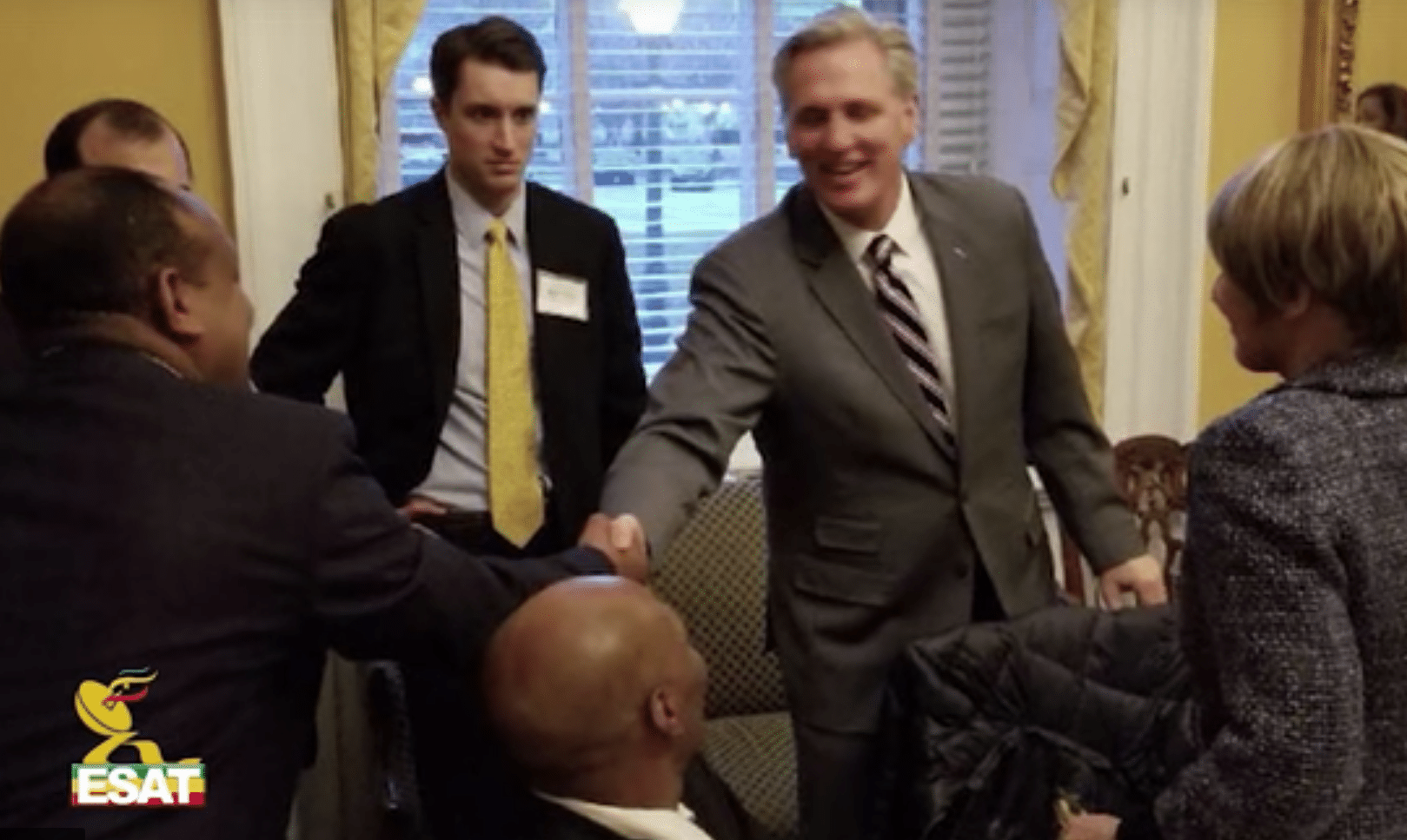 House majority leader Rep. Kevin McCarthy (R) said he communicated to the Ethiopian regime that they need to announce by February 28, 2018 that they will allow rapporteurs appointed by the United Nations to independently investigate the state of human rights in Ethiopia. According to the majority leader, if the regime fails to do so, House Resolution 128, a resolution supporting human rights in Ethiopia, will be put to the floor of the House for vote in March.

“Should the government not announce by Feb. 28 that it will allow the UNHCHR to independently examine the state of human rights in Ethiopia, then we will bring the resolution to the floor during the month of of March. Furthermore, should the government announce it will allow access by the deadline but then not actually follow through and give the UN access, we will bring the resolution to the floor,” McCarthy said in a letter to Ethiopian civic and political groups whom he met on Monday.

“There is no question this resolution has had and continues to have an impact. We are committed to the shared goal that the human rights of every Ethiopian should be respected, honored, and protested,” McCarthy added.

The Ethiopian regime had repeatedly refused demands by the High Commissioner and other rights watchdogs for an independent investigation into the killings of hundreds of anti government protesters since November 2015 when protests began in the Oromo region of Ethiopia. By the regime’s own admission, over 900 people were killed in 2015 through 2017. There has been more deaths of protesters in 2018 and hundreds of others lost their lives in Eastern Ethiopia in a shoot to kill operation by the Special police force of the Somali region. The regime blames ethnic clashes between the Oromo and Somali communities for the deaths.

On Monday, a meeting was held between representatives of Ethiopian civic and political groups with majority leader McCarthy, Rep. Chris Smith and Rep. Mike Coffman that deliberated on ways of moving forward House Resolution 128, a resolution supporting respect for human rights and encouraging inclusive governance in Ethiopia.

Introduced in the House in February 2017 the resolution was scheduled to be on the House floor for a vote on October 2, 2017, but has been indefinitely postponed.

Res. 128, among others, calls for sanctions against Ethiopian officials responsible for committing gross human rights violations. It also called for the regime to allow a United Nations rapporteur to conduct an independent examination of the state of human rights in Ethiopia.