Twenty-five Ethiopians are feared drowned after being forced by smugglers to swim to the shores as their boat approached Yemen.

Officials with the International Organization for Migration (IOM) said no bodies have been found. 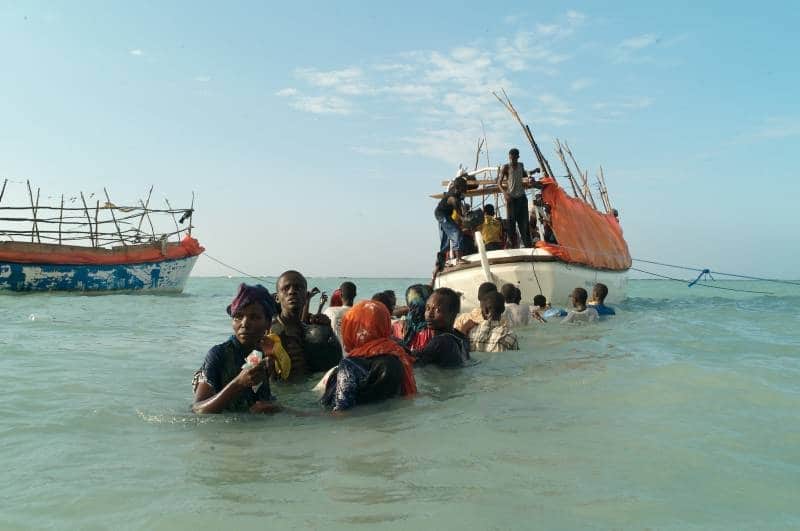 African migrants commonly wind up in Yemen as they try to make their way North to more wealthy Arab countries. Photo: National Yemen

“Our partners in Yemen tell us that 4 boats with approximately 550 Ethiopian migrants on board arrived in Shabwa Governorate yesterday. People in the last boat were forced to swim to shore – 25 (all men) are still missing, reportedly having not yet made it to land,” Mohammed Abdiker, Director of Operations and Emergencies at the IOM said in a tweet.

Migrants use Yemen as a transit route to reach Gulf countries in search of jobs and better economic opportunities. Some flee political persecution back in their home countries.

The UN Migration agency says in 2017 alone, about 87,000 people have tried to reach war-torn Yemen by boat from the Horn of Africa countries.